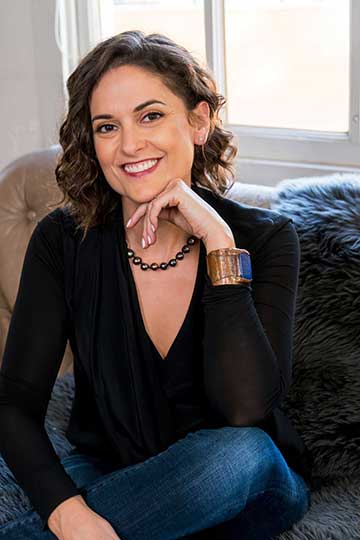 Rachel Lang is a professionally certified astrologer and healer who works with individuals, small businesses, and corporations. An internationally recognized speaker, she also hosts workshops and offers classes, retreats and meditation groups. Rachel loves helping people identify and heal challenges or roadblocks in life. She supports them in decision-making processes by mapping astrological trends and forecasts to offer a glimpse of what’s ahead. Her favorite part of her job is writing horoscopes and articles for LVBX Magazine. You can find out more or schedule a session online at http://rachelclang.com.

In the weeks leading up to the beginning of June, we feel a buildup of energy. We’re gearing up for three eclipses in a row (there are usually only two – this is rare and significant). Plus, we have a Mercury retrograde cycle this month. Adding to that, we have the second of three Jupiter – Pluto conjunctions at the end of the month. These are astrological influences that indicate periods of dramatic transformation in our lives— times when we have the courage to make changes that have been developing for some time.

Eclipses are like New and Full Moons on steroids. They shake things up and catalyze change. This is because they involve the North and South Nodes, astrological karmic destiny points. Whenever the Nodes are involved, we feel a sense of urgency to live our purpose.  We become aware of any beliefs, limitations, or obstacles preventing us from feeling a sense of mission and fulfillment in our lives. We are also called to take action to be part of the global shifts happening at this time.

Eclipses stir up emotions, and they can be intense. We tend to feel the effects of them for months afterward. Anxiety, frustration, or sadness are our souls’ indicators of what’s out of alignment for us. Because these emotions can escalate during eclipse cycles, we want to take action. However, it’s usually helpful to let the dust settle. An action you want to take, however, is to express yourself.

THE LUNAR ECLIPSE ON JUNE 5 IN SAGITTARIUS IS A TRUTH-SEEKING ECLIPSE.

Because of an aspect to Mars, it’s important to choose your battles carefully. Try not to be so fixed on your opinion that you aren’t open to seeing things from a different perspective or finding a way to compromise. Read up on nonviolent communication to determine how best to use this energy when having difficult conversations. You’ve got a little extra courage right now – use it wisely. This fiery eclipse could escalate some of the protests and rioting we’re seeing right now in the days leading up to it.

On June 13, Mars conjoins Neptune and awakens compassion. This transit can help smooth over any conflicts you experienced around the time of the Lunar Eclipse. You might feel a little lazy, but really, you’re focusing inward. June 10-14 is a more introspective time. This is also a time when Mercury is slowing down. So things could seem confusing, which is why it’s better to take careful steps forward. Don’t rush any decisions or force yourself to complete a project. Think of this as a more nebulous, creative, and mystical time.

On June 17, Mercury goes retrograde in the sign of Cancer. This is a more emotional, touchy-feely Mercury retrograde. Cancer rules the home and family, and it also relates to our ancestral roots and support systems. Familial and ancestral stuff could be up for you. You will likely hear from someone from your past. You could even reconnect with a family member or friend who has been distant or estranged. By digging deep and exploring your roots, you can rethink some of those old beliefs that formed the structure of your identity. Do they still serve you? This is a time for deep listening, heart connections, and healing. It’s also a time when you can bridge the gap between your head and heart. Your intuition is stronger now – pay attention.

On June 19, the Sun conjoins the North Node, and we feel a no-nonsense desire to live life to the fullest. We have a chance to set intentions accordingly the next day when the summer solstice brings us into Cancer season. The moment the Sun enters a cardinal sign (Aries, Cancer, Libra, and Capricorn) is a powerful moment because cardinal signs emphasize taking action to initiate change. This year, the solstice aligns with a Solar Eclipse, making it even more significant than usual for inspiring change. This eclipse is in the sign of Cancer, which can help us unpack layers of emotions we have suppressed or repressed. It’s a nostalgic eclipse— one that makes us value our loved ones and desire to nurture those relationships. At the same time, we could be more aware of the ways in which those relationships are unhealthy or dysfunctional. In that case, lead with compassion but advocate for your needs.

On June 24, Venus stations direct, ending a retrograde cycle that has been going on since May 12. If you’ve had challenges in your relationships or finances during the cycle, you can expect a reprieve, even with Mercury retrograde. Hopefully, the Venus retrograde cycle helped you feel a deeper sense of self-love and acceptance.

It’s happiest in its own sign. When Mars is an Aries, we feel more energized and active. At the same time, Mars in Aries could make us more impulsive. Tempers could escalate, and we have more access to anger. The higher octave of Mars is advocating for justice and fighting worthy battles. It’s defending truth and raising our voices against oppression. How fitting is it for us leading up to this transit that we are feeling so enraged about racial injustice and violence? Let’s carry the conversation into late June and see how we can use the influence of Mars in Aries to take action, organize, and make changes in the systems of oppression that perpetuate the senseless violence that leads to the loss of innocent lives.

THE EVENTS OF 2020 ARE PUSHING US FORWARD INTO THE AGE OF AQUARIUS, AND SATURN AND JUPITER BOTH ENTER AQUARIUS IN DECEMBER, PAVING THE WAY FOR PLUTO’S INGRESS IN 2023/2024.

One of the Aquarian ideals is oneness. It goes beyond coexistence or tolerance. It considers that we are all so deeply connected that when a wrong is done to one of us, we all feel it in our bodies and souls. It’s the sign of community, but not a complicit community. It’s the sign of bringing your full self, truth, voice, and independent ideas into the greater conversation and seeing yourself as a co-creator of our shared destiny. Now more than ever, we have a chance to use our magical resources, our social media reach, and our voices to make a difference in shaping a better world.

The month closes out with a Jupiter – Pluto conjunction on June 29. This is the second of a series of three, and this is one of our more significant outer planet transit of the year. We have Jupiter faith, belief, and justice, meeting up with Pluto, the planetary transformer. This conjunction gives us a chance to face our individual and collective fears and overcome them to have a greater sense of our power.  The Jupiter – Pluto conjunction gives us glimmers of hope. It is a do-not-give-up influence, but sometimes you have to move through doubt to arrive at faith. Have faith in your ability to weather any difficulties, and have faith in the goodness of the universe.

*** I re-edited this after days of rioting in my city, Los Angeles. What we’re seeing is a convergence of all the storylines we’ve seen throughout Pluto’s time in Capricorn. What we’re seeing now is a convergence of all the storylines we’ve witnessed throughout Pluto’s time in Capricorn. From the 99% movement, to the civil rights movements and Black Lives Matter, to the #metoo movement and shifts toward more gender equality, to the white nationalist movements, to the conspiracy theorists gaining an audience online, to election hacking, to the protests in response to the COVID restrictions… what ties these events and movements together are Pluto in Capricorn themes- a call for radical reformation and a spotlight on the dark underworld of our societal systems— corporate, economic, governmental, and religious. We have seen the worst — the darkness — of these systems reveal itself to us so we can transform our Capricorn structures.

THESE STORYLINES ARE CONVERGING RIGHT NOW.

There is so much confusion because of this. We don’t know – maybe the rioting and violence are the results of other countries working in subversive ways to rally opposing sides and spark civil unrest as they did in the last election. Only, maybe this time it escalated. I’m not saying this is what I believe – only that we need to be willing to see all possibilities and explore them to get to the root of what we need to change. This time of chaos will precede clarity, answers, and global shifts.

The astrology of this year indicates more revelations and more big societal shifts. This isn’t over.

These transits we have going on right now take us into 2021. Also, we’re gearing up for our country’s Pluto return, which will happen in 2022/2023. Pluto returns happen every 249 years, and they bring major cycles of rebirth. We’re in the breakdown/dismantling stage of a rebirth process this year.

It is your opportunity for a great awakening and the activation of your purpose. Your own spiritual shifts are taking place, and you can have greater access to your power.

We need to end racism. We need to end the economic disparity that divides us — along with any systems that perpetuate a false sense of separateness. What happens to one person affects the whole. Our wellbeing, liberation, and happiness depend on the wellbeing, liberation, and happiness of those with the least agency – the least power- in our society.

The new cycles that have begun in 2020 with Saturn, Pluto, and Ceres in January and Jupiter and Pluto throughout this year, along with the upcoming Jupiter-Saturn great conjunction in December, we’re looking at our culture with a blank canvas. We are in a period of renaissance, and we need our collective imagination to create the future we desire – one based on the Aquarian ideals of the new age into which we’re entering.