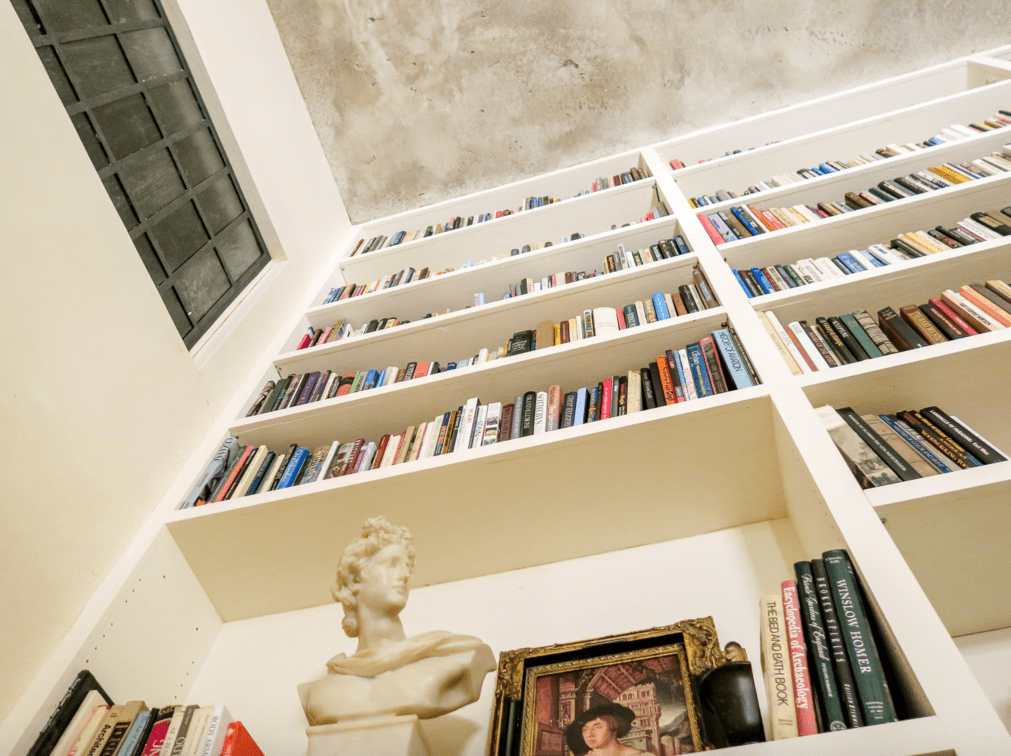 What is a Sensitivity Reader and Diversity Editor, and why does it matter? We speak with screenwriter, storyteller, and filmmaker Stacey Parshall Jensen who is working alongside writers to help usher us into a more enlightened era for all forms of written work.

Tell us about your background; what brought you into this space and the desire to become a Sensitivity Reader? Can you define for us what a Sensitivity Reader entails? I am a Mixed Blood writer, Mandan and Hidatsa Native American and African American from MN, living in Los Angeles. I began my love of stories when I was a young girl in a tiny rural town surrounded by cornfields and the flat highway. In high school I wanted to write for The Rolling Stone and went to college (the first time) for journalism. But on the twisty road of life, I ended up a single mom with a career in women and children’s advocacy, counseling and advising. While working towards my Masters in Liberal Studies in Interdisciplinary Child Social Policy at the U of MN, I was a counselor advocate at the Student Parent HELP Center where students would come in and often bemoan having to read literature for classes. I loved talking books and storytelling with them. I ached for the time to read more, learn more. To write. After leaving the U of MN, I made my way back to the page with my imagination lit. I worked in theatre administration for The Playwrights’ Center and then as the artistic director of a theatrical youth mentoring program in Minneapolis while attending Hamline University for my first MFA in Creative Writing. This was when I learned I had to write stories from my unique worldview. And I was told by a very smart playwright mentor to take my kid gloves off. In 2007 I moved to Los Angeles to pursue filmmaking. I attended USC School of Cinematic Arts in 2008 and graduated with a MFA in Screenwriting in 2010. By then I knew for sure that it could be an uphill battle for me to continue telling the stories that drive me, with women of color leads and diverse voices. But I believe this is a calling and when we’re so blessed to get one, we have to honor it.

A sensitivity reader-diversity editor is someone who reads manuscripts, scripts, articles or any published work for instances of bias in representation of traditionally marginalized people. This is something I do in my work at all stages. I flush out massive backstory for my characters so I understand them while paying attention to stereotypes. And I know my own biases.

“A sensitivity reader-diversity editor is someone who reads manuscripts, scripts, articles or any published work for instances of bias in representation of traditionally marginalized people.”

For some white writers, they may not even be aware of theirs, though or how their lack of knowledge or understanding about people, communities and the histories of people of color is impacting their work. My job is to read, searching for and identifying instances of said biases. I review characters, dialogue and plot. And if there are aspects that need attention, I point them out. I explain. And I also make sure that I show them where they are doing an honorable job of creating authenticity. I don’t make changes or add or remove any text. I take the time to help them see what they may not be seeing about their work.

What is your overall objective or approach when reading a piece of work? Do you focus on any personal details or background regarding the author, or is it more focused on the themes of the literature? I haven’t looked too much at a person’s background but would definitely be willing to do so if they want me to. Meaning, I don’t assume anything about their background or their upbringing as it shapes their storytelling. I work with what’s on the page. I focus on the themes and the mechanics of literary writing created by them to tell the story. I look at it this way, when their novel is published, or their play or film is produced, they won’t be able to sit next to their audience and explain themselves. All they have is what story they’re telling. And yes, all of their values, beliefs and where they might be excelling or lacking when it comes to diverse voices is going to be present. My job is to help them tell their story as authentically as possible, which may mean confronting and undoing what their personal beliefs are once they understand how they’re coming across in their story.

Does this differ in approach between fiction and non-fiction? How do you approach these both? This approach isn’t different for any genre because I focus on what’s on the page and what are they creating for audience. When I began working on a project I read and reread a few more times each time going deeper. I highlight anything that stands out needing my attention. I mark what is working. Then I write a report addressing each highlighted text. I may have questions for better understanding or there may be an image or stereotype they’re not aware they’re creating I point out for them. I mark words and dialogue, always explaining why. Then I summarize my findings and let them make the changes they see fit for their story or article.

How do you create a space for both authenticity of the artist (author), while maintaining this sensitivity awareness? Can you describe what an editing process might consist of, and how this is not actually censorship? The goal is not censorship. Not at all! This level of reading is for understanding who and why the characters are the way they are. It’s about bringing authenticity to them.

I definitely think about my own writing and telling stories with diverse characters, women of color leads, and interracial relationships. I study and diligently work towards understanding history, culture and our current political and racial climate. It takes time and effort. And knowing oneself. When I read and write a report for another writer, I keep all this in mind so I am holding space for them. I believe focusing on themes and other elements of fiction of what’s on the page, this gives space for the writer to deepen their strive for authenticity while being aware of their biases. I understand this is hard work. Recognizing one’s own biases and then rising to a consciousness about them is difficult. Then using what can be very new knowledge to create art? That’s a high order so I tread lightly. I don’t cut or rewrite. I highlight. I point out and explain. I can make suggestions to further the explanation but the final work is the writers’.

“Recognizing one’s own biases and then rising to a consciousness about them is difficult.”

I write characters of color and check myself like this all the time. I also write white characters and even though it feels easy for me to do so since the white culture is so prevalent in my world, I do the same check for biases. And I so appreciate white readers who can give me their perspective on what I created. This is vital and happening right now with my current novel. Stands Alone is about a Mixed Blood cop who with the help of her ancestors takes on a white supremacist who starts a race war.

This story is all about race and hatred, and surviving it. I’ve created an evil white supremacist with followers so there’s some hard scenes with tough words they use and heinous actions they commit. But hopefully, I have found an understanding of who they are and that comes through in the roles they play in the story. And within them, we might find ways to address and work towards thwarting white supremacy. And I also have white characters who are allies.

Stands Alone is written in third person omniscient which can be fun and also, hard on my soul. Writing about white hate, doing my due diligence with research, articles, books, and viewing documentaries was harder than I imagined. I had to balance those passages with the stories of Detective Tanner Stands Alone’s ancestors, women of color who suffered in their lifetimes. I armed myself with righteous anger while telling their stories of battle, loss and very small triumphs, which drove me to the end of the first book in the trilogy. But I definitely needed and am very grateful for my sensitivity readings.

How do you think this will become a larger part of the editing world in the future? I think sensitivity reading is a much-needed role in most stories written by non-people of color about people of color. If there were more of this, books, films and TV would be richer and fuller. They would better reflect the world we live in. There would be less white savior stories! White and Black folks could connect in ways beyond fried chicken and R&B music. And white characters would certainly never ‘teach’ a POC about being a POC. Native Americans wouldn’t be mythical creatures and Asian Americans wouldn’t be only laundry cleaners. Latino Americans wouldn’t be the just maids or gangbangers. Women wouldn’t be stereotypes and LGBTQ-T characters would be fully alive. And immigrants would have fully developed voices and presence in stories.

Literature, film, TV, plays, news articles, essays, all forms of written work would benefit from the sensitivity reading process at the page and even before it, in development. I also think more readers, audiences, writers, publishers and producers, are seeing and understanding the need for a sensitivity reader in the editing world because once the story is released, it’s alive out there and walking back something racist or inflammatory can bring early death to the work.

Stacey Parshall Jensen is a vibrant Mixed Blood screenwriter, storyteller, and filmmaker whose stories overflow with dramatic tension of dynamic relationships of the flawed who find their strength, heal their wounds, and triumph over their obstacles. She’s co-owner of Through The Wilderness, LLC, a film production company dedicated to untold stories and New Takes On Old Tales. TTW’s debut film she wrote, “Blessed”, a Native female action short about the struggle between becoming a mother or being a warrior to save one’s family, streams on Amazon Prime. In addition to Stands Alone, she’s developing a TV project about a Native adoptee who returns home to her white dying father to right a lie she told only to be propelled back into a world of wealth, addiction and secrets. She holds a MLS in Interdisciplinary Child Social Policy from the U of MN, a MFA in Creative Writing from Hamline University and a MFA in Screenwriting from USC School of Cinematic Arts. She plans to keep telling stories where she blows shit up.

The secret to getting good coffee at home.