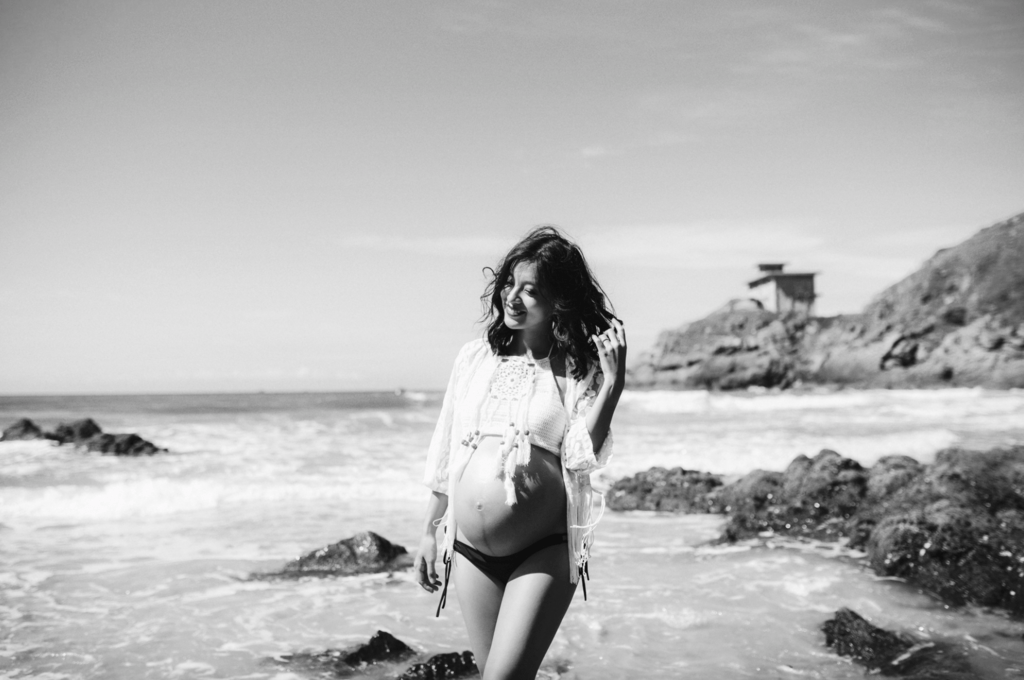 The changes experienced during and after pregnancy can lead women to seek aesthetic procedures for a number of issues – including sagging skin, stretch marks, and excess fat. Dr. Patrick Treacy, President of the Royal Society of Medicine Aesthetic Faculty (London) and recently awarded ‘Top Aesthetic Doctor 2018’ shares his insights into the best treatments and procedures during pregnancy and after.

Tell us about your background; what drew you into the medical field? First let me introduce myself, I am President of the Royal Society of Medicine Aesthetic Faculty (London) and just won ‘Top Aesthetic Doctor 2018’ at the British Safety in Medicine Awards in London a few weeks ago. I sit on global scientific committees and the editorial board of five major international medical aesthetic journals. I have been voted as being amongst the top 100 most influential people globally in the aesthetic industry for 2017 & 2018.

What drew me into this field of medicine are by now well documented in my recent bestselling memoir ‘Behind the Mask’, which details my journey from studying medicine at the Royal College of Surgeons, Dublin to treating some of the world’s top celebrities. The novel details working as a doctor around the world, including the UK, US, NZ, Ireland, Australia, South Africa, Iraq, Gibraltar and the Caribbean.

In relation to pregnancy and childbirth, what are the most likely kinds of treatments women are seeking during this season of life? Pregnancy causes many changes in a woman’s body. The growing foetus causes mechanical changes by stretching skin, muscle, and fascia. The amount of physiological change during pregnancy varies among women but often persist long after the post-partum period despite the best efforts of the patient regarding exercise and diet. Many women find it difficult to deal with these major body changes and humanoid females are almost unique amongst species in accumulating fat in the lower abdomen midriff, while males seem more prone to develop visceral fat around their organs. During pregnancy human skin often stretches out of shape and loses the ability to spring back into shape forming sagging breasts and stretch marks in the period.

What is the most beneficial treatment for a woman looking to reduce the appearance of stretch marks post pregnancy? In this physiological state the dermal tissue of the abdomen has been distended and sometimes left with long-term ‘stretch marks’. Stretch marks occur during pregnancy and are caused by rapid stretching of the dermal tissue of the abdomen during the distension and weight gain of pregnancy. It is thought that nearly 85% of women will develop some degree of stretch marks during their pregnancy and these usually appear after prolonged weakening of the dermal tissues about the beginning of the third trimester. This is also a period of sustained distension. Various treatments are available for improving the appearance of existing stretch marks, including radiofrequency, laser treatments, microneedling, dermabrasion, carboxytherapy and prescription retinoids. Many patients ask if there are any topical creams to help with stretch marks, either during their formation or after they have occurred. There are no proper control studies, but some research suggests a daily application of a cream containing Gotu Kola extract, vitamin E, and collagen hydrolysates are associated with fewer stretch marks during pregnancy. Carboxytherapy is a simple and proven technique that can dramatically improve the appearance of stretch marks by improving local tissue metabolism and perfusion. Treatments are rapid, comfortable, and effective for a high percentage of patients. Also great for treating stretch marks is BTL Exilis Elite, which uses radio frequency to lightly heat your skin, encouraging collagen production for cell replenishment. This smooths out and contours the area, tightening it in the process. It’s an extremely safe procedure, with temperature control based on your skin’s temperature. The number of sessions will depend on the severity of your stretch marks; however, four sessions are usually required for the desired effect.

Are there any treatments safe to receive during pregnancy; if so, which are the best ones to opt for? The safety of cosmetic procedures in patients who pregnant and/or lactating are is a complex clinical question surrounded by uncertainty. Better evidence is needed to make concrete recommendations on the safety of cosmetic therapy during pregnancy and lactation but preliminary evidence suggests good safety profiles for many commonly requested cosmetic procedures mentioned in the guidelines below. It probably goes without saying everyday hair washing, makeup, bathing and showering are perfectly fine. The physician involved in giving the treatment will usually be well versed in whether the procedure is safe or not. However, we shall look at some of the aesthetic procedures in more detail.

FACIALS Be careful about using only natural products. Don’t use any chemical peels (including retinoids) directly on your skin as they may be absorbed into the mother’s bloodstream, whose developing baby also depends on that blood. A mother’s skin is more sensitive during the stages of pregnancy.

PEELS With respect to chemical peels, glycolic and lactic acid peels are deemed safe; however, trichloroacetic and salicylic acid peels should be avoided or used with caution. Again, retinol can damage a developing baby.

BOTOX Few doctors would willingly perform the procedure as safety data on botulinum toxin A is insufficient. However, the procedure may be safe because systemic absorption and placental transfer are considered negligible.

SCLEROTHERAPY Some sclerosing agents such as saline are considered safe during pregnancy but must be avoided during the first trimester and after week 36. Consider the differing sclerosing agents and question the physician.

HAIR REMOVAL Epilation should be limited to waxing, shaving, and topical treatments instead of permanent procedures. IPL can cause increased risk of burns as pigmentation increases during pregnancy.

LASER AND LIGHT THERAPIES Usually not performed during pregnancy. However, the guidelines are not mandatory and these devices are usually considered safe for pregnant patients with other pressing conditions such as granulomas and condylomata.

DENTAL WORK while pregnant, such as cavity fillings and crowns, should be treated to reduce the chance of infection. If dental work is done during pregnancy, the second trimester is preferable. It is best to avoid this dental work while pregnant and avoid exposing the developing baby to any risks, even if they are minimal.

MASSAGES A massage is beneficial to help a mother relax and reduce stress. It will also help those pregnancy aches and pains.

MANICURES AND PEDICURES These are usually safe.

In patients who are lactating, most therapies discussed above are safe but fat transfer, sclerotherapy, and tumescent liposuction are not recommended.

How can women enhance their breasts post childbirth? If breastfeeding, what is the typical wait period for any particular producers? The ‘post-baby’ body type with fat now distributed subcutaneously especially in the buttocks and thigh area. There are breast volume changes with sagging, especially if the female has breast fed her infant. Breast volume may increase but usually we get shrinkage.

When one refers to the “Mommy Makeover” what are the most typical kinds of treatments related to this post childbirth makeover? What are women most likely looking to treat or enhance post birth? Most of these makeovers are related to the removal of fat. Liposuction has been the mainstay of this quite recently. This is a cosmetic surgery operation that removes fat from the abdomen, thighs, and buttocks and elsewhere. There are many differing mechanisms of liposuction. Conventional liposuction is mostly performed under general anaesthesia, and largely practiced by plastic surgeons. The whole procedure lasts 2–3 hours. It is possible to remove large amounts of fat, often 8–10 litres, quickly in 1–2 hours. However, it has many disadvantages, including the fact that the patient must be hospitalised, which adds significantly to the cost. Recovery time is slow, as after any procedure under general anaesthesia. More recently, it can be combined with other procedures (i.e. radiofrequency) that involve a level of skin retraction. The result is affected by the age of the patient, quality of skin, presence of underlying disease or smoking, and the presence of previous skin damage such as those caused by childbirth and surgery. The risks, financial costs, and lengthy downtime associated with surgical procedures for fat reduction have led to the development of several non-invasive techniques.

Non-invasive body contouring now represents the fastest growing area of aesthetic medicine. There are currently four leading non-invasive techniques for reducing localized subcutaneous adipose tissue: low-level laser therapy (LLLT), cryolipolysis, radiofrequency (RF), and high-intensity focused ultrasound (HIFU). Cryolipolysis is the non-invasive cooling of adipose tissue to induce lipolysis — the breaking down of fat cells — to reduce body fat without damage to other tissues. CoolSculpting initially received FDA clearance for fat reduction in the abdomen and flanks, and more recently there has been significant interest in non-surgical fat reduction for other sites, such as the inner and outer thighs. BTL Exilis Ultra a dual technology of monopolar radio frequency (RF) and ultrasound which is a non-invasive form of treatment for wrinkle reduction and reshaping of the body parts. Exilis skin tightening works by stimulating collagen production within the skin. The Vanquish ME is also used for body shaping and circumferential reduction of abdomen and thighs. It represents the only contactless and operator-independent technology that targets the largest treatment area in a single session.

What are your recommendations on non-invasive treatments a woman can receive during pregnancy to not only look her best, but to feel her best? By maintaining a healthy diet and exercise you can expect long-term results. None of these procedures are recommended during pregnancy. Remember that with any of the procedures, it takes about ninety days for new collagen to form so after that you can expect results to last approximately two years. 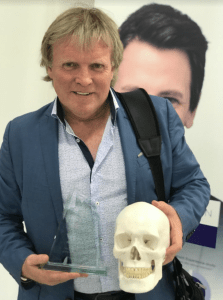 President of the Royal Society of Medicine (London) Aesthetic Faculty. Chairman of the Irish Association of Cosmetic Doctors and Irish Representative of the British Association of Cosmetic Medicine. Recognised as one of the most influential and renowned aesthetic practitioners globally and selected (2018) as MyFaceMyBody Ultimate 100 aesthetic practitioners in the world.  Winner: British College of Aesthetic Medicine(2017) for best research in Aesthetic Medicine. 1stAIDA Trophy in Abu Dhabi (2017) for contributions to Aesthetic medicine. Winner of the Laureate Diploma in Aesthetic Medicine(2017), ‘4th Beauty & Antiaging Trophy’ in Baku, Azerbaijani (2017) CCME Medal Mexico (2016) for contributions to developing the field of Aesthetic medicine.

Dr. Treacy serves on the editorial boards of four international aesthetic journals. He is the author of fifty articles in peer-reviewed scientific journals and has contributed to chapters of medical books. He is a fellow of the Royal Society of Medicine and the Royal Society of Arts. (London). Chairman of the Ailesbury Humanitarian Foundation and Honorary Ambassador to the Michael Jackson Legacy Foundation. He has opened orphanages in Monrovia, Liberia, and Mirebalais, Haiti. He is an advanced aesthetic trainer and has trained over 800 doctors and nurses from around the world.