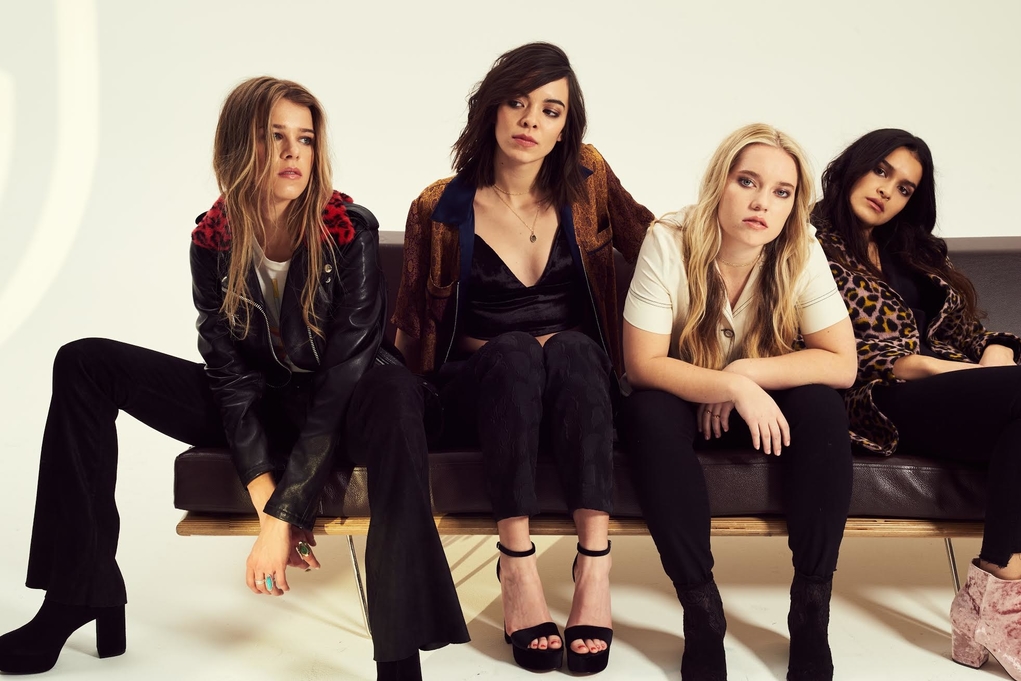 The Aces are an all female quartet from Utah. Knowing each other since childhood made it easier for them to take a chance and start a band. Taking a flying leap from the mountains head first into the big expanse of music. Their music tastes like pop, but has a retro feel to it. It first reminded me of The Runaways, then more The Go-Go’s. Their song “Stuck” has now garnished over 3 million plays on Spotify, and they sold out The Mercury Room in NYC recently. The girls just released their first EP on Red Bull Records, “I Don’t Like Being Honest,” on June 23rd produced by Simon Oscroft and Daniel Gibson. With comparisons to Haim, The 1975, and Muna; they are in very good company. The girls were in Los Angeles recently filming for their music video and doing some recording. I caught up with them at one of the studios. At first they were interviewing me, but I turned it around.

So ladies, introduce yourselves for me: Hi, I’m McKenna and I play the Bass Guitar. Crystal, lead singer. Katie, lead guitar. Alisa, drums.

So, tell me the history behind the band? We have been a band for 10 years. Crystal and Alisa started the band when Crystal was 11 and Alisa was 9. We grew up singing in church. We were in electric punk bands. We all knew each other and we decided to start this band together like girl power because all the bands we were seeing were like, all dudes. We decided to do the girl version of them. For me (McKenna), my dad’s side of the family had always been super musical. All of my aunts sing, so I asked for a bass for Xmas and got one and literally the next day played a show. Katy grew up playing guitar when she was 7, her brothers were in bands as well and I met McKenna and we became really good friends. I heard about her band but I was in my boy band and I was like, I’m cool with this although we became like the best of friends and I joined the band.

What was the first time you played together as a band? At a junior high talent show.

Let’s talk about your writing process. How do you guys get inspired? I think we really get inspired by the music we are into at the moment. I think about something I’m experiencing or something that is hard to get over. We just spent an entire month in Brooklyn five days a week writing, so it becomes challenging to think of new things to write about so we go back into personal experiences, we hone in on that. Let’s explore that, what did we feel. We sat down with out producers and just talked and tried to get deep and bring that into the writing process.

So when you get to Queen Bey (Beyonce) level, what will your live show look like? We are definitely a live band. The bigger we get, the bigger the show can get.

If you could do a duet with someone, who would it be, alive or dead? All the girls picked Michael Jackson and Joan Jett.

Speaking of Joan Jett, can you tell me people you are influenced by, and can you tell me about people they were influenced by? Well, we all grew up listing to similar bands because of our parents and our older siblings. So, Abba, Van Halen, The Cure, Depeche Mode, Toto, The Pointer Sisters, Earth Wind And Fire, Whitney Houston, The Beatles, Weezer. We had a great mix of classic rock, new wave, motown and rock. In middle school we used to crank the music up every day 7am, playing The Pointer Sisters “I’m So Excited.” It was a great way to start the day!

If you could ask one of your influencers a question, what would it be? I think I would want to ask Stevie Wonder, an amazing songwriter, what is your approach on songwriting and what do you do when you go to write a song; the same with Paul McCartney. I (Crystal) would want to ask Freddie Mercury what his tips are for being a front man/woman. I would just take tips all day long.

So, right now as a growing baby band, how are you building out your fanbase? It’s always been super important for us to be close and engage with our fans. Over social media we try to respond to as many as we can personally. We try to be authentic and genuine. We have fans that have seen us on Spotify or social media that attend our shows. We had these kids from San Diego attend one of our shows here in LA, and afterwards we sent them a little present as a thank you because we were so grateful. We try to remain as accessible as we can be. We even have best friends we met at shows that were fans of ours. For us, we just think of them as our friends. We are playing for our friends.

If you could be a fly on the wall, whose wall would it be on? Definitely the Kardashian house and see what goes on. Miley Cyrus would be intriguing. Or a fly on the wall for a big rapper like Drake or Neyo.

If a big band called you and said we have lost a member and we want you, what band would you definitely go to? They all agreed on The Beatles, then the girls differed from there: The 1975, The Bee Gees, Paramore, Tears For Fears, Tame Impala, Anderson Paak. 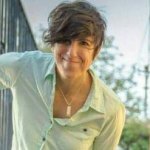 Allison got her big break in the music industry by writing for MTV/Vh1 where she interviewed everyone from Prince, to Elton John, Lenny Kravitz, Blink 182 and many more. From there she started Hyperactive Music Magazine that went national. Shaw then produced several big festivals and went to work for Rachael Ray’s Entertainment company. Shaw started Manic Monkee MGMT which manages bands and does brand strategy for all kinds of brands in music/tech/consumer products and aligns brands with events. The company also produces events. Shaw is also on the Board Of Directors for non-profit music charity Sweet Relief. Follow her on Twitter at @manicmonkee