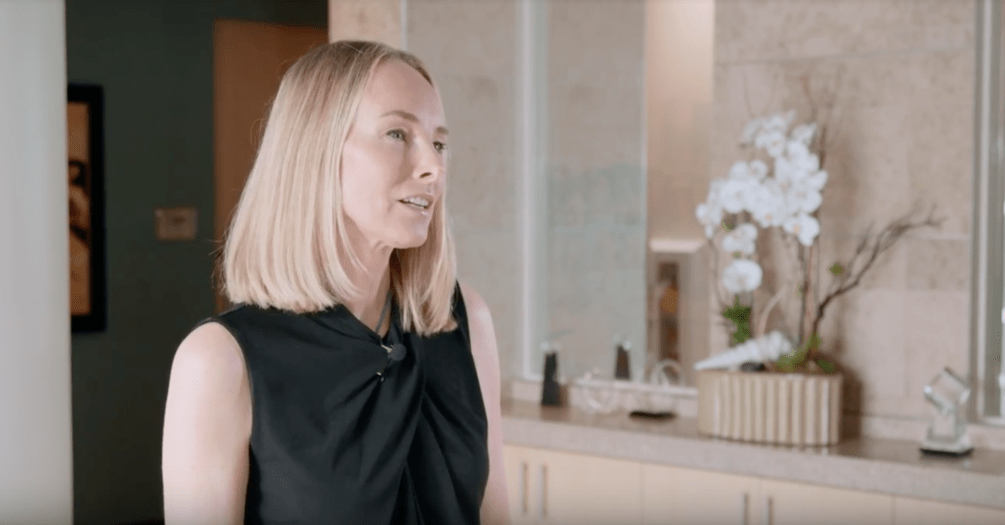 La Jolla Cosmetic Laser Clinic located in La Jolla, CA is a dynamic aesthetic practice led by Dr. Nasrin Mani, offering a wide-range of aesthetic treatments and services to a list of high caliber clientele. One such client being Chynna Phillips, the American singer and actress, and wife to actor William Baldwin.

In what began as a serendipitous meeting of sorts, Phillips met Dr. Mani after a donation was made to the Los Angelitos Orphanage in Tijuana, Mexico, an organization which is important to both Phillips and Dr. Mani. Phillips was so taken aback by Dr. Mani’s kindness, she knew she had to meet her right away. After an initial phone call and an eventual brunch, it was “love-at-first-sight,” as Phillips said.

Eventually, friendship and business intermixed and Dr. Mani offered a consultation to Phillips.

“I was a little nervous. I hadn’t had very much, if any, work done at all before then. I was very skeptical of needles. I definitely didn’t want to get near a knife. … I had this vision that it was going to be a lot knives and needles. Then she explained it to me over lunch. ‘We don’t use any knives or needles,’ she said. ‘It’s looking beautiful without surgery,’” said Phillips.

Committed to the effort of enhancing one’s natural beauty, Dr. Mani offered an initial treatment of Botox for crow’s feet and filler in the lower lip for natural and healthy enhancement. This was then followed up with a CO2 laser skin resurfacing. CO2 works to correct skin damaged by exposure to the sun, age spots, fine lines, wrinkles, discoloration, rough texture, acne scars, and other skin imperfections.

“I didn’t really understand what a fractional laser was… but by that time I trusted her,” said Phillips.

After the treatment, Phillips admitted she was astounded at the results.

“I couldn’t believe it. It looked so good, and natural,” said Phillips. “Afterwards she was very strict with me. She said, ‘You wear your hat. And you wear your sunglasses.’ I was very happy with the results.”

In addition to these treatments, Phillips also received Sculptra treatment.

Phillips will have her 50th birthday next year.

“I’m excited. I feel like this was a great time for me to get all of this done, because it’s sort of a re-haul.”

She feels Dr. Mani helped revolutionize for her the idea of having cosmetic surgery done. It’s not about being fake or done-over, but rather it’s about enhancing the beauty which already exists.

“When I saw Nasrin’s work I thought, wow, she is so subtle, and she does it with such elegance, and she’s so passionate about her work. She is a perfectionist, and I love that,” said Phillips.

This philosophy of care and perfection provides La Jolla Cosmetic Laser Clinic with clients who know, value, and trust this team of experts. The results speak for themselves.

Still looking for that perfect gift for mom? Look no further.