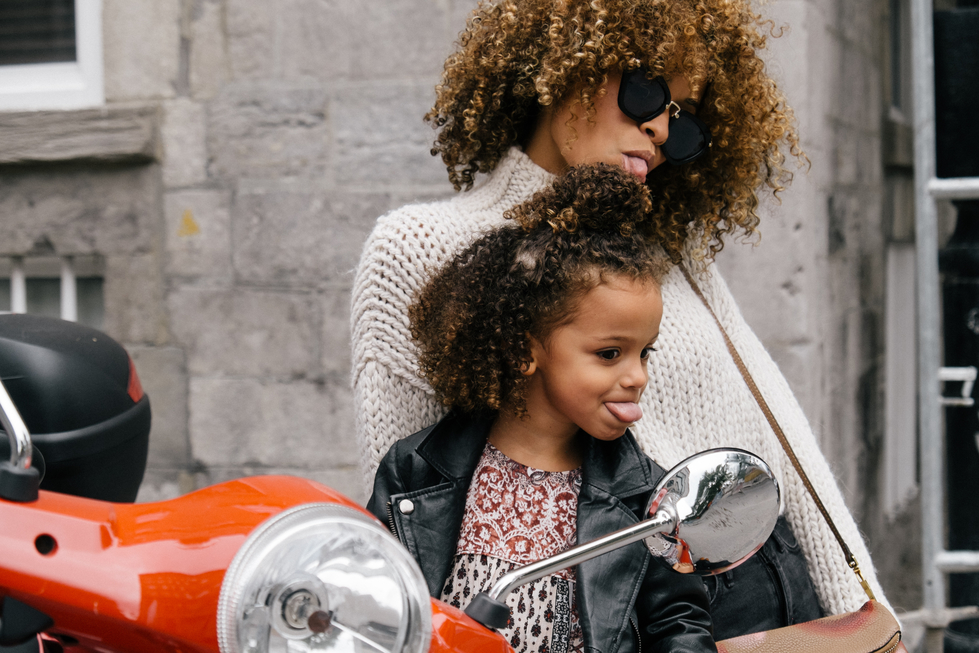 Are we responsible for creating stress in our children?

As very young children, my three were bursting with carefree excitement when it came to holidays.

Little people don’t need to realise that flights involve very busy airports and endless queues of people. People who do not have young children, and therefore like to meander very slowly in front of you. Or be outraged when your child zooms over their toes on their Trunki (are those great big hulks of plastic really a ‘fun, hassle-free’ way to transport kids around an airport?).

I defy anybody to say they can travel with children without extreme levels of anxiety and soaring blood pressure.

As parents, we have to manoeuvre children to the right places at the right times (with hours of boring sitting around inbetween) while they need wee wees, ask endless questions, and dart across packed airports into the throngs of people, without a second’s warning.

But it’s not until my kids are now older, that they are no longer such carefree travellers. Anxieties have started to creep in.

They constantly check the departure board, and feel the need to get to the gate a good four hours before the flight is due to leave.

I fear this can only be a reaction to the number of times their S.H.I.T parents have made them desperately sprint for flights, as the family name is embarrassingly called out over the tannoy. Once on board the flight, huffing and puffing and pouring with sweat, everyone quite rightly hates us.

And the continual questioning as to where the passports are, must be due to witnessing incidents such as when Mr S.H.I.T. declared at the car hire desk that he had no clue where the five passports were. After the entire contents of the backpack were emptied on to the floor – wet wipes, spare knicks, the secret stash of Percy Pigs (mine) – thankfully the passports were found.

Not, of course, without extreme hatred between us parents hanging heavily in the already stressful air.

And naturally, all of our stress effects the little S.H.I.T’s ‘dreamy’ travel memories, and the anxiety association is embedded.

But it’s not just travel. What about the joy that is the morning school run for example?

Now this could, I’m sure, be a calmer and more pleasant experience all round. However, it never is.

It’s like watching a frantic mother who’s just been told she can spend an hour alone in a lift with Ryan Gosling if she gets her children out of the house in thirty seconds flat. But without the nice treat at the end. So, not so much Emma Stone in La La Land, as Sharon when she’s really, really crazy in Basic Instinct.

No matter how many times I try to rearrange my morning’s logistics, with two minutes before we have to leave, I am inevitably always screaming at people to brush their teeth, brush their hair, brush each other, whatever….

I go from calm, friendly, nice mummy to psycho, hideous, screamy mummy in one second flat.

No wonder the children are on tenterhooks. Who knows which Mummy will appear next – the laughing, fun one, or the mad, deranged screecher?

And it’s because I am guilty of not having it all up and running a little earlier, that my stress levels shoot through the roof.

Yes, children choose their moments to tell you their school shoe has actually been wedged up Build-a-Bear’s bum, but I don’t necessarily need to self-combust over it and create a highly angsty atmosphere.

They look at me with wary anxiety in their eyes, not sure what to expect.

One minute I’m encouraging beloved time with Paddy, the iPad nanny, then the next I have decided that far too much screen time has been had.

I’m furious, and screaming because I’m stressed and feeling guilty that my children aren’t outside counting duck eggs and being all Swallows and Amazons on the river bank. The fact that we live in town and these activities are near impossible does not, however, seem to prevent me envisaging such dreamy ‘river’ scenes.

I put my stress on to their little heads.

I’d love to float around in ethereal white robes with nothing but tranquil thoughts swishing around in the motherhead, even when shoes are being wedged up Build-a-Bear’s bum. But that’s just not reality.

Will their natural instinct be to avoid such stress and become extra cautious in life? I hope not.

But it is helpful having children who now lie to me about how much time we’ve got until our flight leaves. S.H.I.T. hasn’t been called out on the airport tannoy for a long time.

Susie Weaver is a writer living in London with her husband and three children. She is the founder of So Happy In Town / S.H.I.T., a parenting and lifestyle blog which embraces the highs and lows of life with children, making you laugh at the funny stuff, and cry at the not so funny stuff. She is also a regular contributor to Huffington Post. You can read more from Susie over at www.sohappyintown.com, or follow her on facebook http://www.facebook.com/sohappyintown or on instagram http://www.instagram.com/sohappyintown