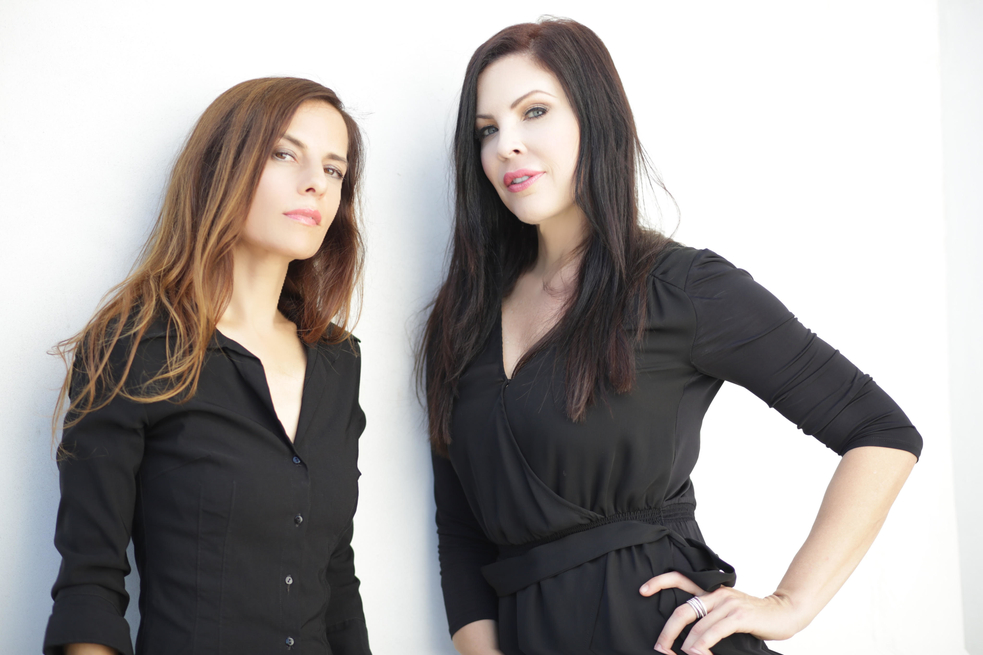 For females working in Hollywood, producers Lati Grobman and Christa Campbell of Campbell Grobman Films have set the stage. With an array of filmmaking under their belts, the power duo manage to take on both Hollywood as well as their busy personal lives. Producers of the large grossing film, “Texas Chainsaw 3D,” the team is also set to release their latest feature film, “Chuck” starring Liv Schreiber and Naomi Watts, to name a few; along with “The Hitman’s Bodyguard” on August 8th with Ryan Reynolds and Samuel L. Jackson.

Tell us about your backgrounds; how did you both get involved with the entertainment industry, and specifically in film production?

LG: I was born in Russia and grew up in Israel. My family are all in the arts. Father is the artist Michail Grobman. At a young age, I was part of the national theatre group Habima and was in a television show like the American Mickey Mouse Club. Later, I started translating for movies and then, after my military service, I moved to America. I attended The Lee Strasberg School and then LA City College for film school. I started working on productions as set decorator, camera assistant and editor assistant, and eventually started producing in 2001.

CC: I started out as a model. Then that became boring, so I started to study acting which I found challenging. I pursued that for many years. Lati and I were already friends and she was already a producer. Eventually, the seeds she planted in my head grew. Now, I can’t see myself doing anything else.

To date, your largest grossing film was Texas Chainsaw 3D, but you don’t label yourselves as exclusive to the horror genre; what types of films do you produce?

LG: You never know what film will make it. It’s the mystery of our business. I definitely don’t see myself as a horror producer. I don’t like this genre, Christa does. That said, it doesn’t mean I will never make a horror film again. It’s called the “movie business,” not the “make genres you like business.”

CC: We produce all types of films. Whatever makes sense business wise and of course, if there is something that we are really passionate about.

Do you see any challenges within this field as it relates to gender equality? What do you believe has been your biggest hurdle in the industry?

LG: I’m sure there is a lot of it, but we just don’t use it as an excuse to become victims. You don’t like us being women? Fine, we’ll bring a smelly man to the meeting so you feel more at ease.

CC: Haha, I agree with Lati 100 percent. We are not the typical woman, though. Try to take steak from our plate you will get bit – hard.

What have you both learned working in the entertainment industry?

CC: I’ve learned there are no rules. You have to make your own. And cream rises to the top. If you are good, we will find you.

What is the difference in producing a documentary, versus a large-scale Hollywood blockbuster?

LG: Documentary you make only for passion. There is zero money in it, and you work ten times harder than feature films, yet you get nothing in return except satisfaction, which to me is more important than money. But, I do need to feed my kids.

How is filmmaking determined by the market, and genre in particular? How does this affect the work you do?

CC: It’s greatly affected. You can’t sell horror in the foreign market anymore. It’s very domestic. That’s why we rarely do it anymore. Jason Blum has figured this genre out. We cannot compete with him. He has this market cornered.

What is the most exciting aspect of your career, and what do you hope for the future?

CC: Everyday is a roller coaster. One day we have four films greenlit, the next we have one. This is the business. I’m really excited we have just started working with some of my idols. I can’t say who, but producers we have looked up to for many years. I hope to learn from them and to take their knowledge into our future.

Hang onto your winter hat, for ‘tis the season of major socializing: parties, cocktails, work banquets, family events, get togethers with friends, and so…